Dear friends around the world,


Here is a call for action!! How many people in the US and around the world do you think share the concerns for the current state of education (e.g., millions of low income and minority students being denied access to decent education, “educational reforms” that embrace corporate ideologies and advance privatization while undermining public education, test-driven education that truncates the possibilities of teaching and learning)?  300,  1,000,  10,000?  That’s exactly what we will find out by launching the Edu4 petition site. You will be able to sign it later today. Join us!!  Daiyu

In what ways does Maxine Greene’s philosophy help us understand, trouble, live, and re/imagine the Occupy movements from our differing educational perspectives? How can we embody her philosophy in ways she would never imagine?

Edu4 is a public space that seeks to engage diverse individuals in collaboration and dialogue, across boundaries and disciplines, with the aim of initiating concrete actions toward social justice in education.

We are education scholars, students, teachers, and citizens who support worldwide democratic efforts that demand economic and social justice.

Access to decent education depends upon economic and social justice, and is a fundamental human right that the federal and state courts have recognized as essential to the maintenance and flourishing of a democratic society. Therefore, we oppose the current institutional structure which, instead of taxing the wealthy, diverts millions of dollars from education and denies meaningful educational opportunities, especially, to millions of low income and minority students.

Equally, we oppose today’s “educational reforms” that embrace corporate ideologies and advance privatization while undermining public education. Especially, we oppose NCLB’s test-driven education that truncates, rather than expands, the possibilities of teaching and learning.

We extend our support to a vision of building an education system that works for children, for the public, for social justice, and for the future. We thus declare our solidarity with any movement that exercises the right of all citizens of a democratic society to demand economic and social justice.

If you’re an educator and would like to add your name to this statement, please send us an email at: edu4team[at]gmail.com

We hope this message finds you well. Today, we want to extend to you all an invitation to support a new project that aims to unite education scholars against injustices in the field of education. This project is greatly inspired by Econ4, which advocates “Economists 4 people, 4 the planet, 4 the future.” Econ4 is run and supported by economists all over the world united against market fundamentalism’s ideological and political cleansing that is happening in the field of economics and policymaking.

Similarly, under the banner of “Educators 4 children, 4 society, 4 the future,” we want to bring together education scholars who oppose today’s “education reforms” that embrace corporate ideologies and advance privatization while undermining public education. We believe it is important to let the public know that many current education policies, both federal and local, largely discount educational research, for example. At the same time, we believe it is necessary to put pressures on our political leaders by showing that education scholars are now united against corporate education policies.

This project was first conceived as a part of Social Imagination Projects that were initiated by
individuals who have been inspired by Maxine Greene and her visionary educational philosophy. In her Teacher as Stranger (1973), Maxine emphasizes the importance of teaching, learning and questioning with wide-awakeness, and she urges us “to develop a fundamental project, to go beyond the situations one confronts and refuse reality as given in the name of a reality to be produced” (p. 7). Hardly an illusion or an escape from “reality” into fantasy, Maxine teaches us that social imagination begins with identifying troubles and suffering in our deficient society. She argues that it is urgent to create a public space where educators, who are discontented and even outraged with our current education systems, can find each other to embark on imaginative initiatives for educational change. “I don’t want to save the world,” says Maxine, “I want to start a conversation.” In a large sense, this initiative is an invitation to a conversation she has begun.

There is so much to discuss, and so much to do. Finally, if you’re an educator and would like to add your name to the attached statement, please send us an email by clicking here. Also, we would appreciate it if you could circulate this among other educators who might be interested in joining this initiative. 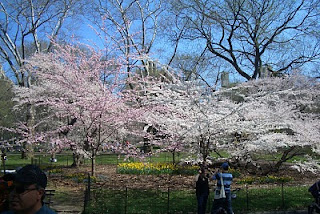 
Breathe! You are alive
By Annabel Laity

Breathe and you know that you are alive.

Breathe and you know that all is helping you.

Breathe and you know that you are the world.

Breathe and you know that the flower is breathing too.

Breathe for yourself and you breathe for the world.

Breathe in compassion and breathe out joy.

Breathe and be one with the air that you breathe.

Breathe and be one with the river that flows.

Breathe and be one with the earth that you tread.

Breathe and be one with the fire that glows.

Breathe and you break the thought of birth and death.

Breathe and you see that impermanence is life.

Breathe for your joy be steady and calm.

Breathe for your sorrow to flow away.

Breathe to renew every cell in your blood.

Breathe to renew the depths of consciousness.

Breathe and you dwell in the here and now.

Breathe and all you touch is new and real. 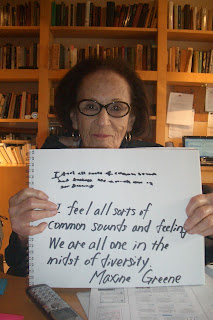 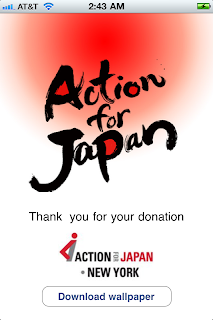